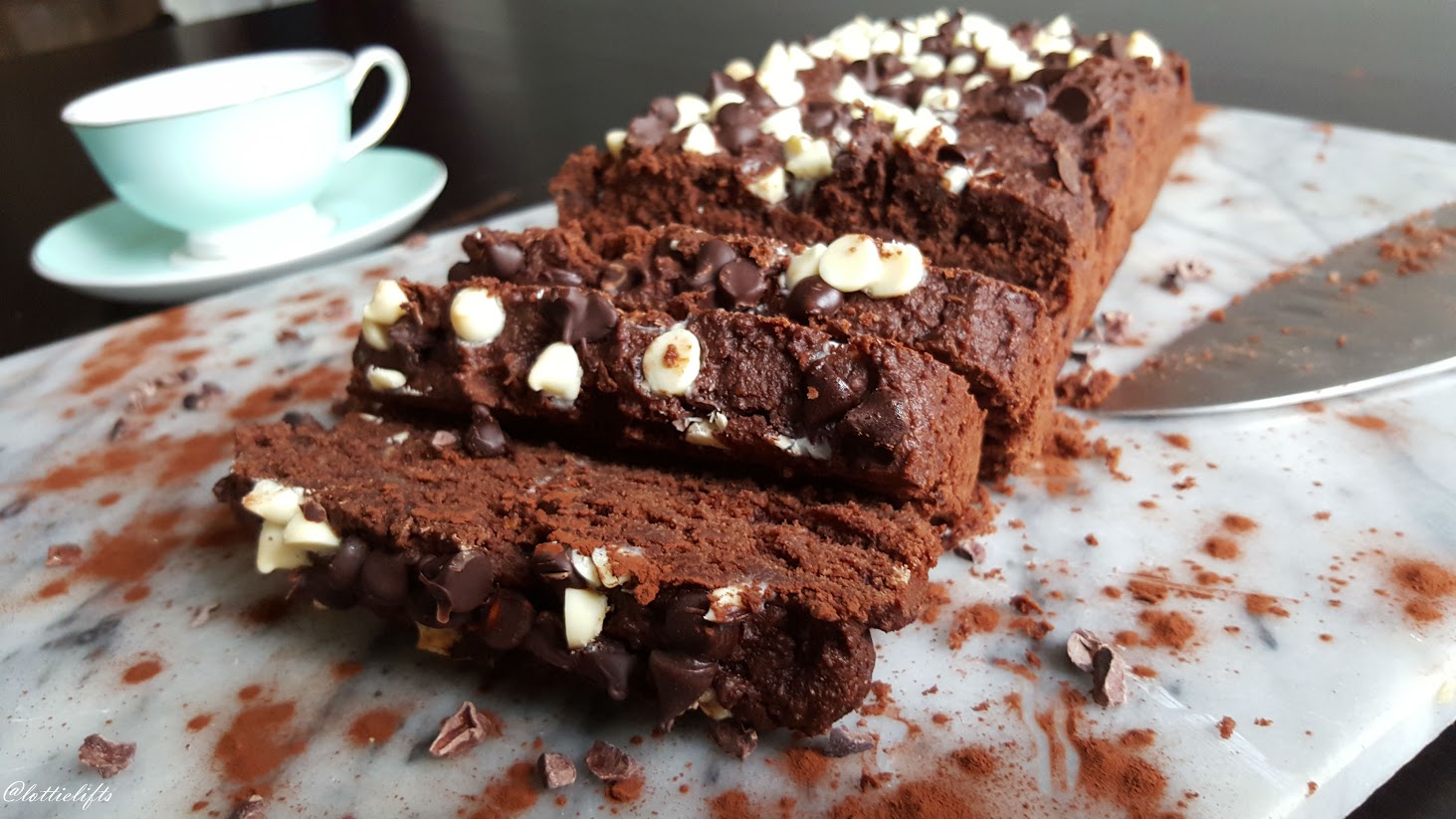 Sometimes, you’re perfectly happy nibbling on an apple for Elevensies. Then sometimes it’s somebody’s Birthday and you quite fancy a hunky slab of chocolate cake.

Enter my Triple Chocolate Almond Loaf. I’ve made a non-healthified version of this before but wanted to test the waters with something a little more angelic(…ish).

Still a treat for sure, but I swapped a few of the less waistline-friendly components (white flour, butter, sugar) for ingredients with a slightly better nutritional profile (coconut and almond flour, coconut oil, and zero-calorie sugar).

It worked a charm!  It’s moist (sorry), rich, and the blend of flours and ground almonds give it the best  texture. Nobody realised that it wasn’t the ‘real deal’ until after I told ’em so! I’d call that a success. Maybe I’ll start secretly feeding people healthy cake more often…

If you were feeling really  virtuous, you could use chocolate chips sweetened with Stevia or sweetener, which will knock off a few calories. I haven’t tried it with these yet since they’re a little tricky to get hold of in the UK, so I settled for bog-standard chocolate chips. If you’re a big calorie-counter, though, might be worth a shot! Amazon have a few options, and it’s worth popping into your local Holland and Barrett or into Wholefoods if you’re lucky enough to have one nearby.

I’ve mentioned before that I really don’t mind digging in to ‘proper’ cakes, and do so pretty regularly.  I can’t stand being sold ‘Clean Treats’ or healthy alternatives that actually taste like cardboard – you know the ones, right? I’ll take the real thing over one of those monstrosities any day of the week, calories be damned.

It’s so easy to demonise foods and avoid ‘unhealthy’ options like the plague all in the name of achieving that elusive Healthy Lifestyle. I actually think that a lifestyle that discourages the inclusion of occasional treats is anything but  healthy – in the long-run, you’ll end up miserable and terrified at the prospect of a slice of cake. Which is no fun.

That being said, if I can make a cake that tastes just as good as the original without the whopping chunk out of my daily intake, well that’s just a bonus.

Plus I get to bake. Which is my thing.

I’m fairly sure this cake will be your thing, it’s pretty much everybody’s thing. Best served with a cuppa, obviously. 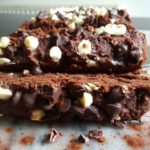 GHEE is a shelf-stable butter extract available cheap in Sainsbury's. I use it by the tablespoon to give baked goods some fat content and richness in place of butter - you don't need much, which means fewer calories than using butter!