We wound up in Auckland not because it was our destination of choice, but because it was where the bargain Business Class flight landed us. We’ll do a whole post on how to find discounted flights and holidays – first off, let’s run through our stay on New Zealand’s North Island, shall we?

We’d heard that the public transport is average-at-best in NZ, so opted to rent a car. Snap Rentals turned out to be super cheap (~£25 p/day), and we got lucky with a brand-spanking new motor. You’ll probably be given an automatic… automatically – ask for one if not, you’ll need one. The hills in NZ are no joke.

We’d heard a few horror stories about perilous roads out in the sticks – but in all honesty, they’re no worse than English country lanes. Kiwis drive on the left, so if you’ve never driven abroad it’s a pretty easy way to dip your toe.

We stayed just outside the centre of Auckland, on Karangahape Road a.k.a K Road. Our hotel was modern, cheap & cheerful, even if the area was a little seedy. But this was really just a place to sleep.

We also picked it because:

a) It had reasonable off-site parking rates, which is a cost most people don’t factor into hotel costs.

b) It was easy to get onto the main roads, as it wasn’t right in the centre of Auckland.

c) It had access to a decent commercial gym, which are always MUCH better than most hotel gyms.

All in all, we were happy with the hotel and would definitely look at staying there again. It cost us £313 for 4 nights (£78/night) which we thought was reasonable, especially for a major Western city. When you consider that we would probably pay £5-10 each per day for a gym pass too, it was a good deal.

We’d been given some pretty bang-on advice by trusty New Zealanders before we arrived: get out of the city. So, we did just that. 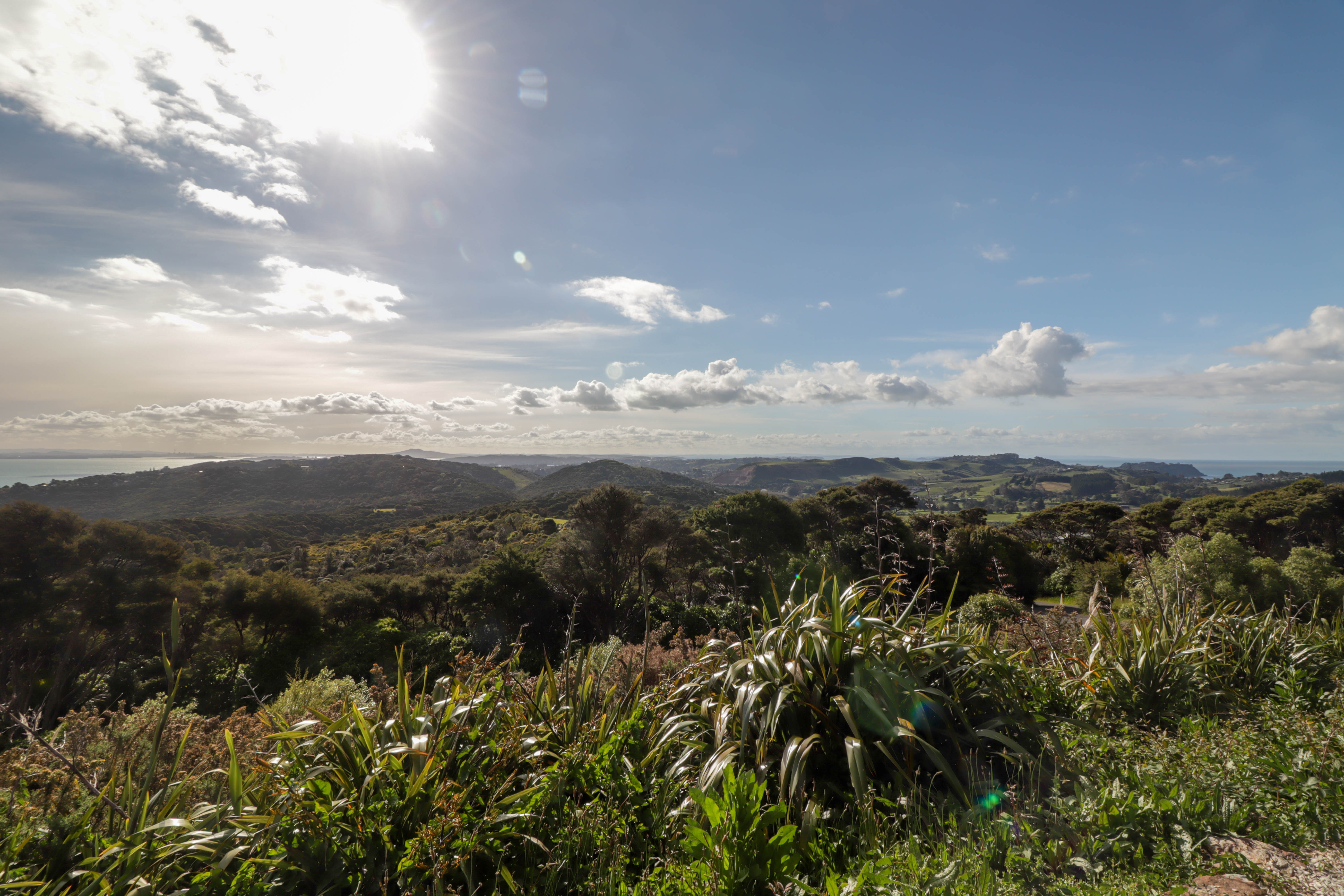 Wineries don’t open until 10am, so it’s a leisurely, jet-lag friendly start.

Catch the ferry over from Downtown Auckland – we opted for the Hop-On-Hop-Off ticket which covers both the ~35m ferry ride and a bus to shuttle you between wineries once you get there. Ferries usually run every 30 minutes, as does the Hop-on-Hop-off bus on the island (until 6.30pm).

There are 27 wineries on the island to choose from. We started at Stonyridge, which boasts the most expensive bottle on the island at +$200 / £110 per bottle. We tried a sip as part of their Premium Tasting Flight – suffice to say, we almost certainly miss the point of truly excellent, very expensive red. 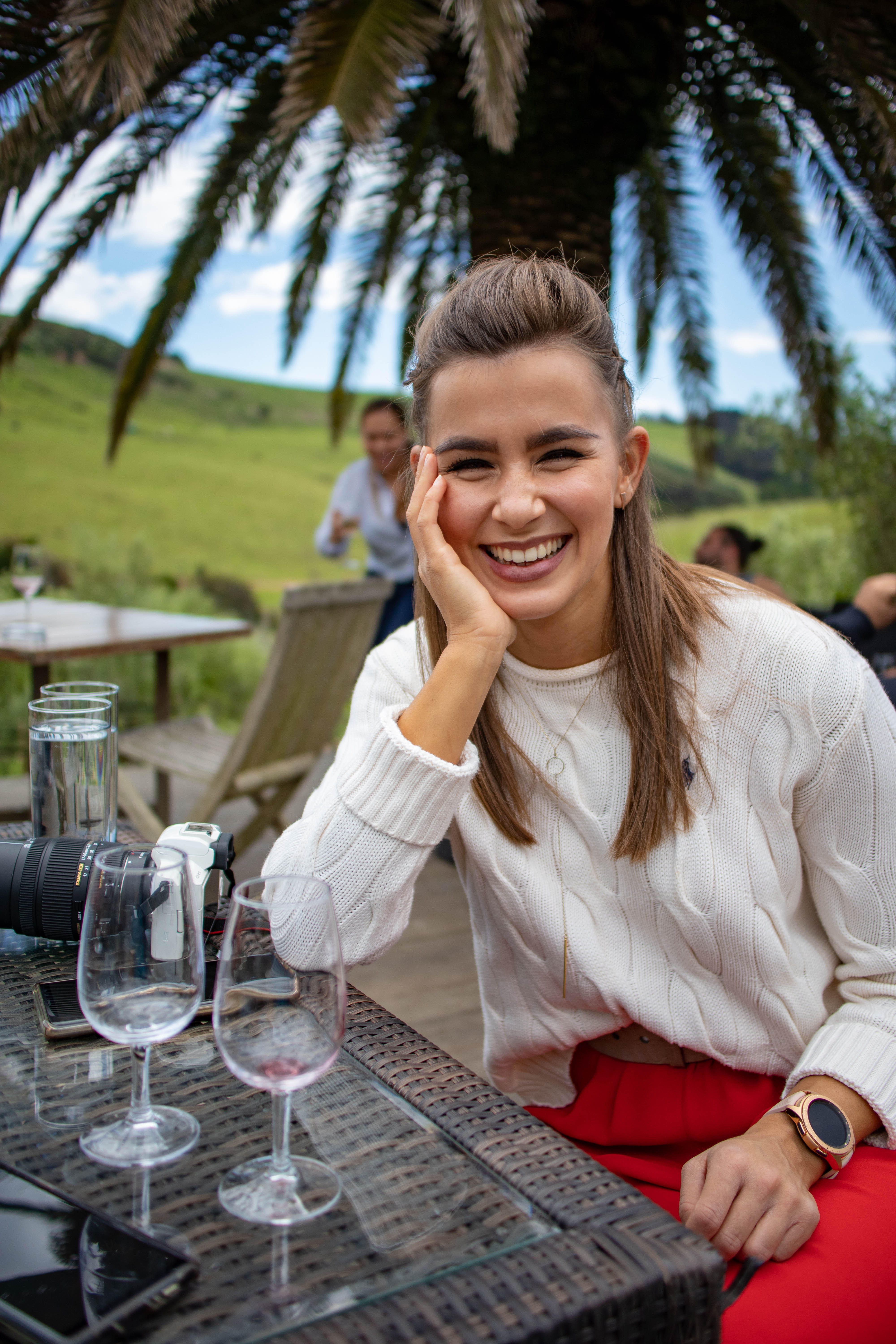 If, like us, you have little-to-no idea about wine,  do yourself a favour and plump for a tasting flight. You get to try a little of everything, and each winery is home to very knowledgeable staff who’ll happily chat you through the intricacies of whatever you’re sipping. 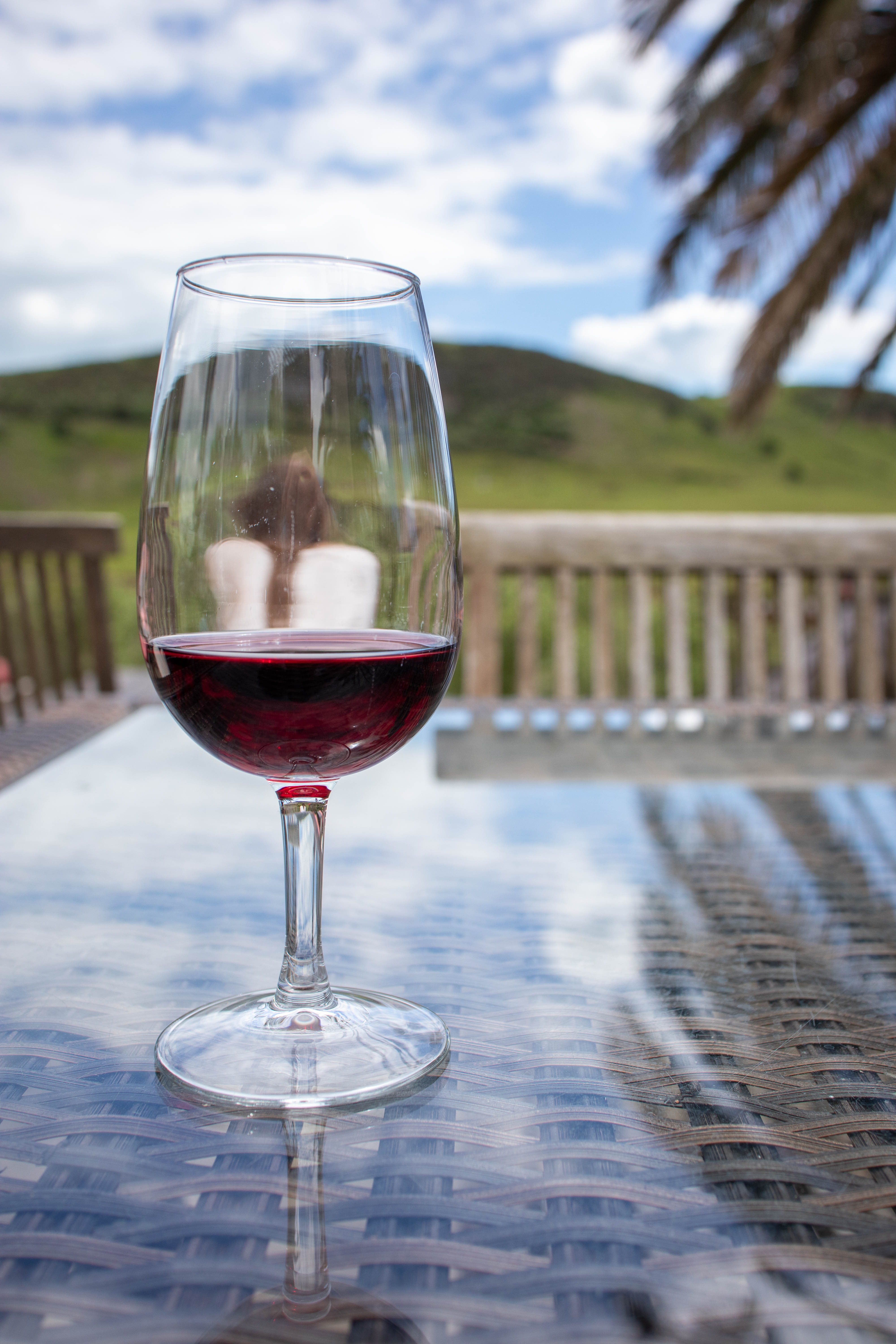 You’d be hard-pressed to find a spot on Waiheke that lacks breathtaking scenery – Stonyridge is no exception, with plenty of outdoor seating to soak it all up if you’ve picked a nice day for it. Having exhausted their tasting flights (it only takes a jiffy, the servings are TINY), we hopped over to the newest kid on the block – Tantalus Estate, which also happens to be one of the fancier spots on Waiheke. 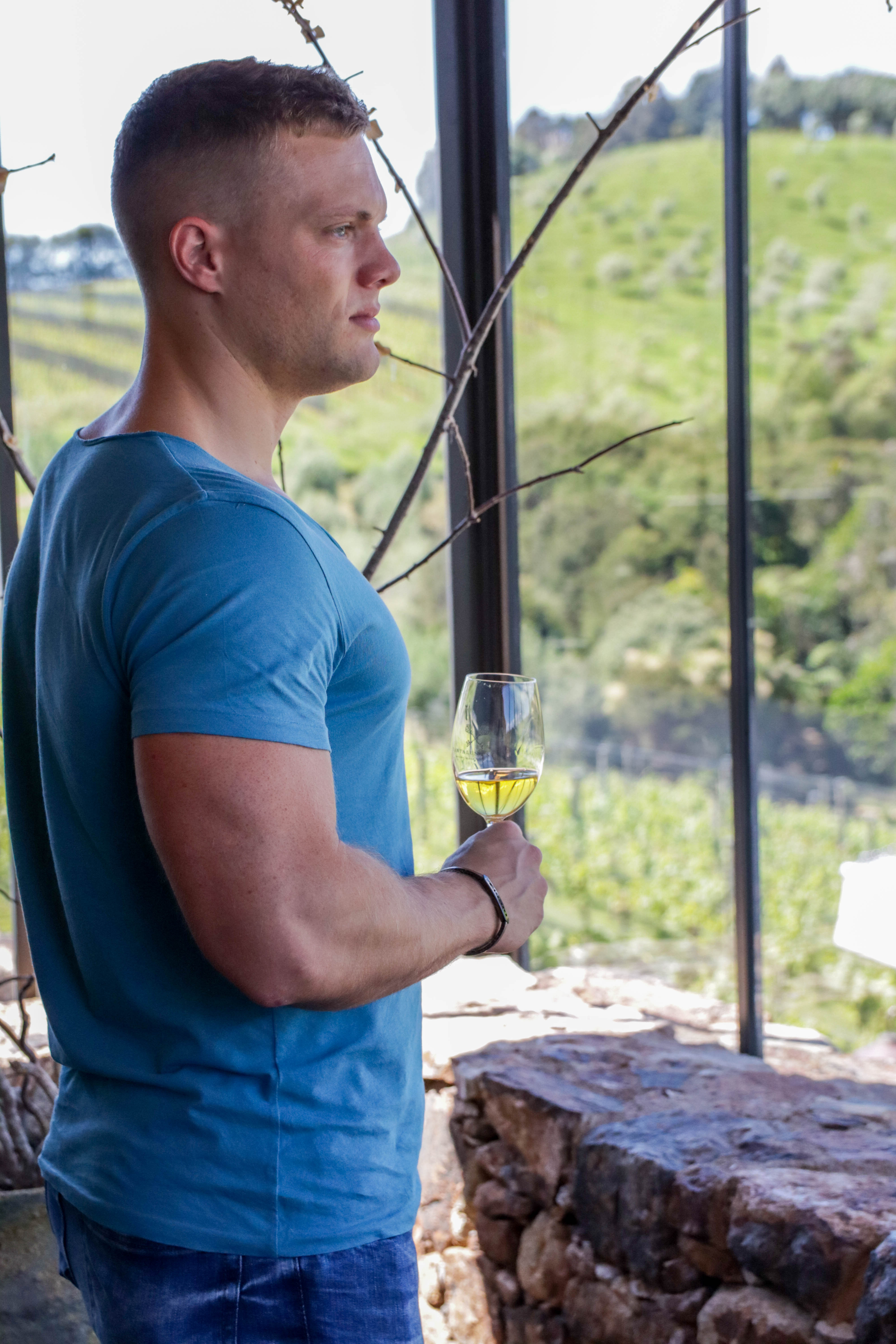 The staff are affectionate (typical of Kiwis, we came to realise), the interior is stylish, and the views are unsurprisingly gorgeous. Oh, and the tasting flight is nice. They also produce a very decent dessert wine, if that’s your thing (it’s Harry’s – a limitless sweet tooth). 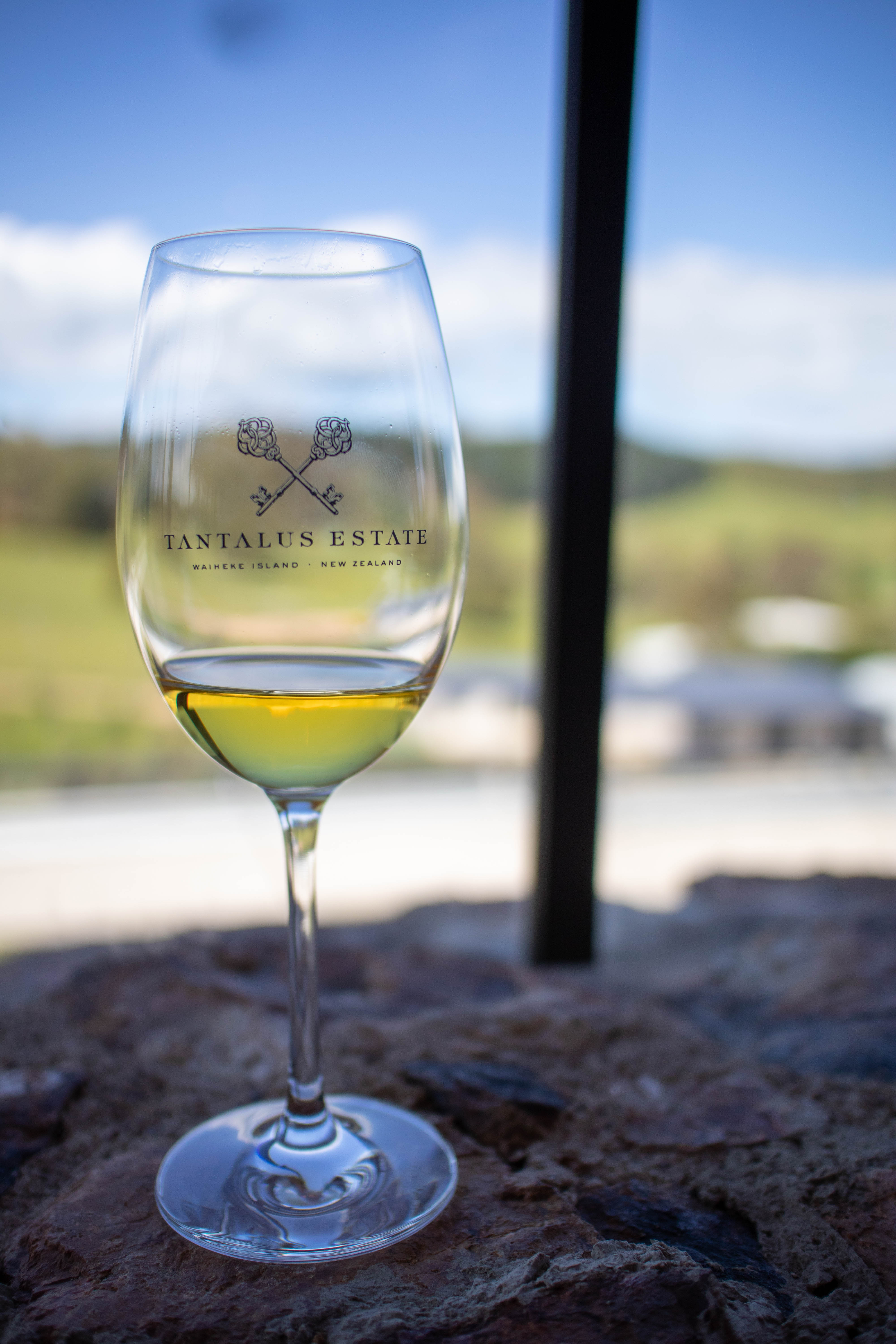 We saved the best ‘till last though, at least in our limited wine knowledge opinion.

Batch Winery isn’t the swankiest on Waiheke, but they do a great charcuterie board and there’s no better spot to soak up 360 views of the lovely little island.

Another perk of the Hop-on-hop-off ticket – it’ll get you a tasting flight on-the-house at Batch when you buy a main meal. We made a bee-line for the charcuterie board which is technically a sharing platter, but we asked nicely and they gave us the free flight anyway since we’d matched the price of a main meal. 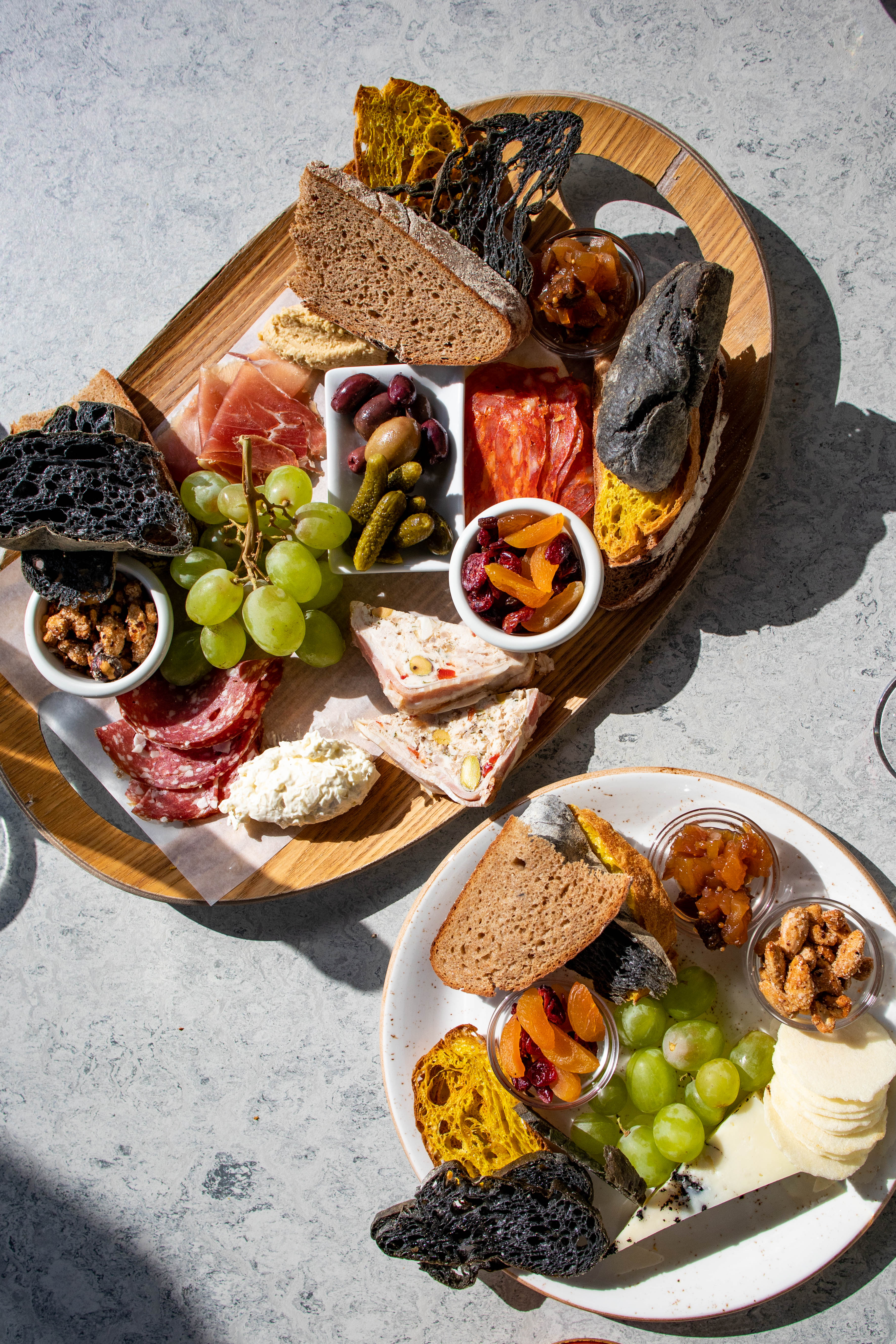 We rounded up the afternoon lapping up the panoramic views of Waiheke (and the wine and exemplary meat platter)  before hot-footing it back to catch the last bus (6.30pm) and last ferry (7pm) of the day back to Auckland.

In hindsight (a theme of this NZ / Australia blog series – fair warning), we definitely could have spent a night or two on the island. There are lots of little beaches and, of course, endless wineries to explore, and we’re not sure a day really does this place justice.

Continuing with our theme of getting the hell out of the city… we abandoned Auckland for a drive to Coromandel. We’d heard the drive itself was pretty spectacular, which was more than enough encouragement for a couple of hopeless shutterbugs. 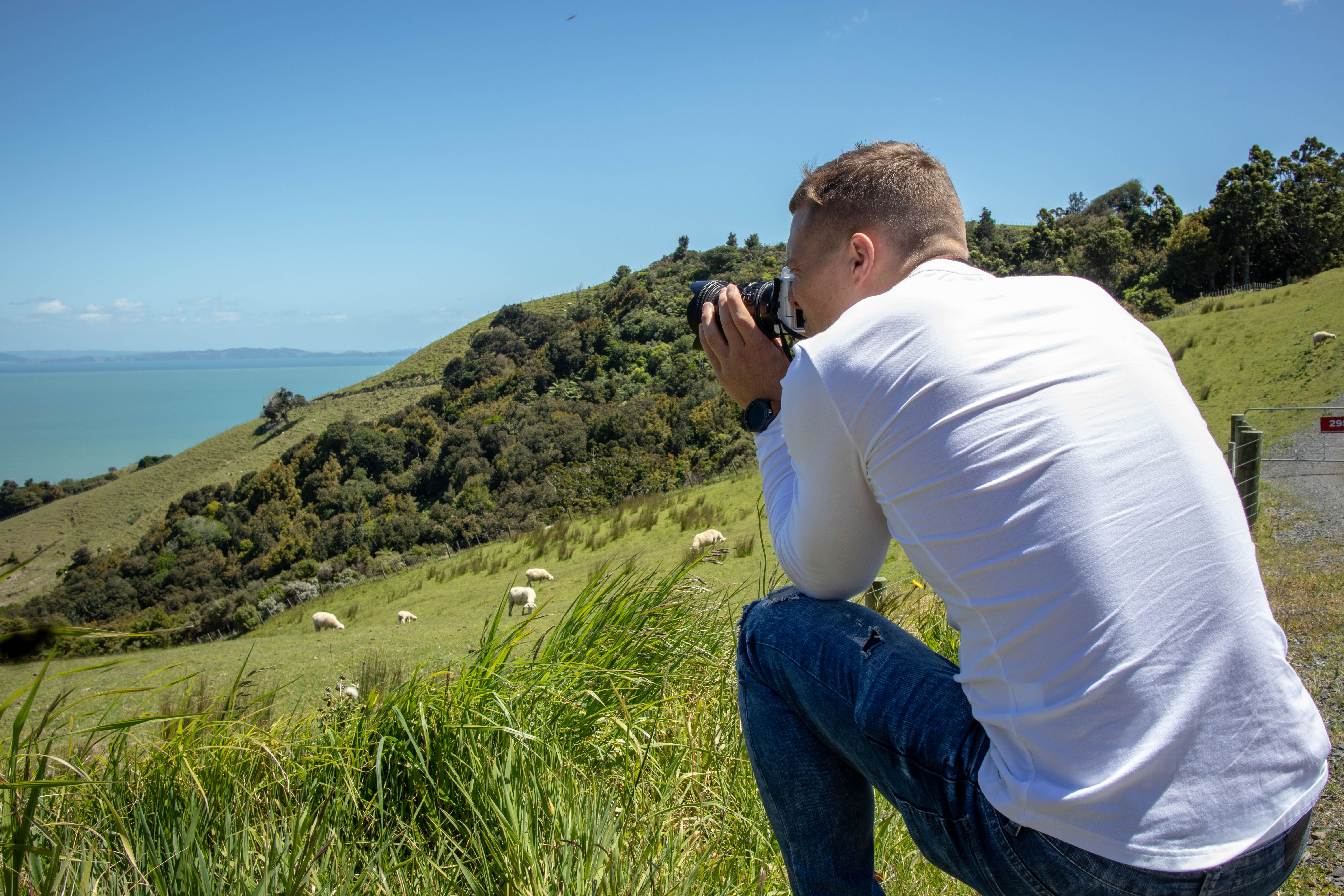 The drive should take you just shy of 2.5hrs to from Auckland.

Unsurprisingly, we got spectacularly lost. No matter, there was more than enough scenery to lap up en route. We happened upon tonnes of totally deserted photo spots, including a beach that was totally deserted except for a few native penguins. All in all, it’s well worth taking the scenic route (intentional or otherwise).

The purpose of our trip was Cathedral Cove. A hot tourist spot, we thoroughly expected it to be overrun and not nearly as impressive as the drive up. But, when in Rome.

Spoiler: it really is special.

If you want to enjoy this view, though… you’re going to have to earn it, I’m afraid.

Turns out, it’s quite a trek from the (free) car park to the cove itself. Heads-up: if a Kiwi tells you it’s a short walk, it’s almost certainly a lengthy hike.  If you’re helplessly side-tracked by the secluded beaches en route, it’ll take you even longer…

Sans detours, it’s about an hour each way at a healthy pace, with steep hills and a little off-roading. It’s not easy to get to – even for a couple of fitness pros. 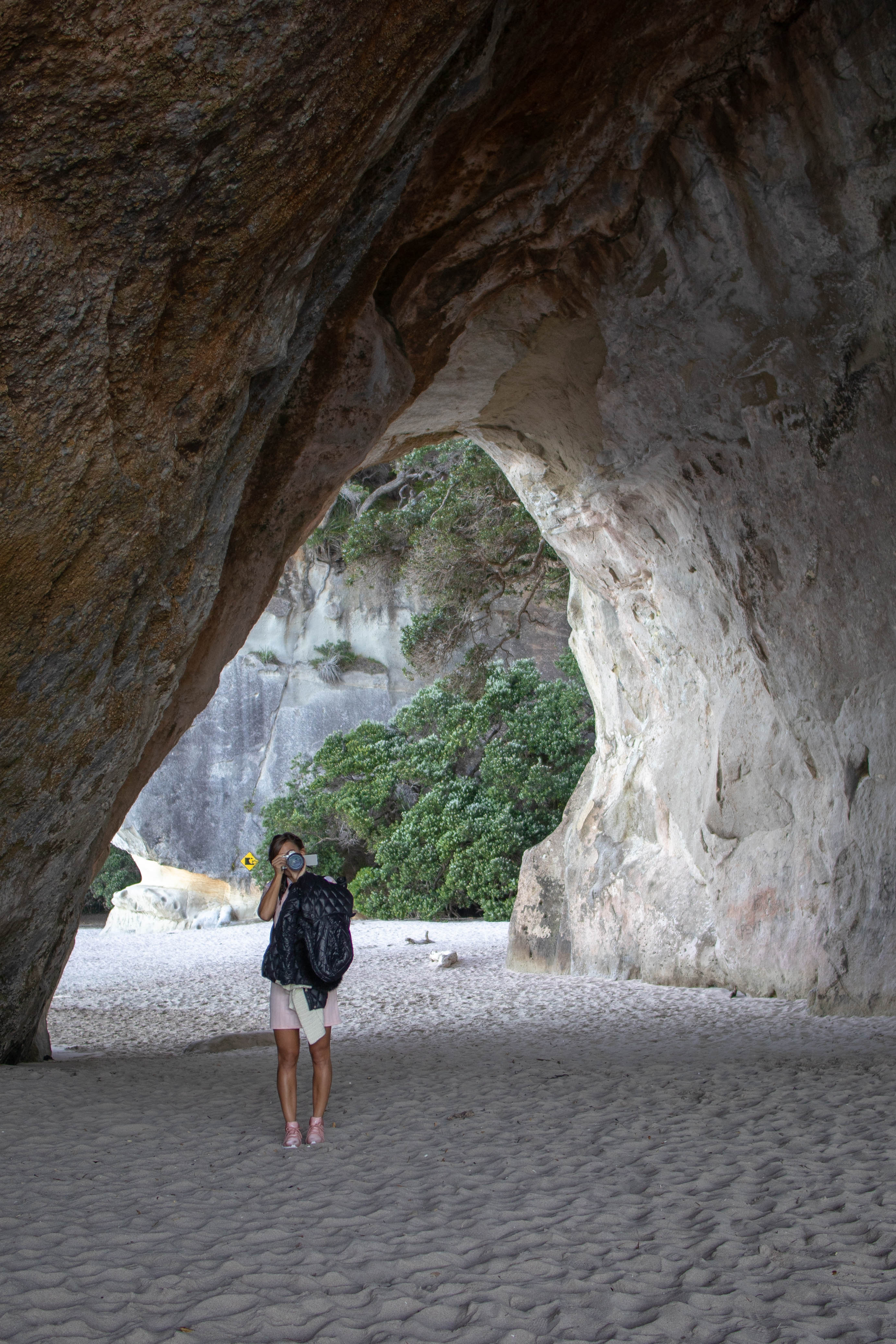 This spot is totally worth the faff, though. One of the most peaceful natural wonders we’ve visited, and the prettiest sunset we watched during our stay in NZ.

It’s fair to say that we’re not really outdoorsy types.

So to say that we preferred rambling through the vast countryside to brunching in the bustling city is a pretty big deal.

New Zealand is one of the most awe-inspiring places we’ve explored – but there’s plenty more to see if you venture a little further south. More on that in the next blog post!