You are here: Home / Knowledge Base / Progressive Overload

byCharlotte Tulloch
Print
You are here:

Here is an example: 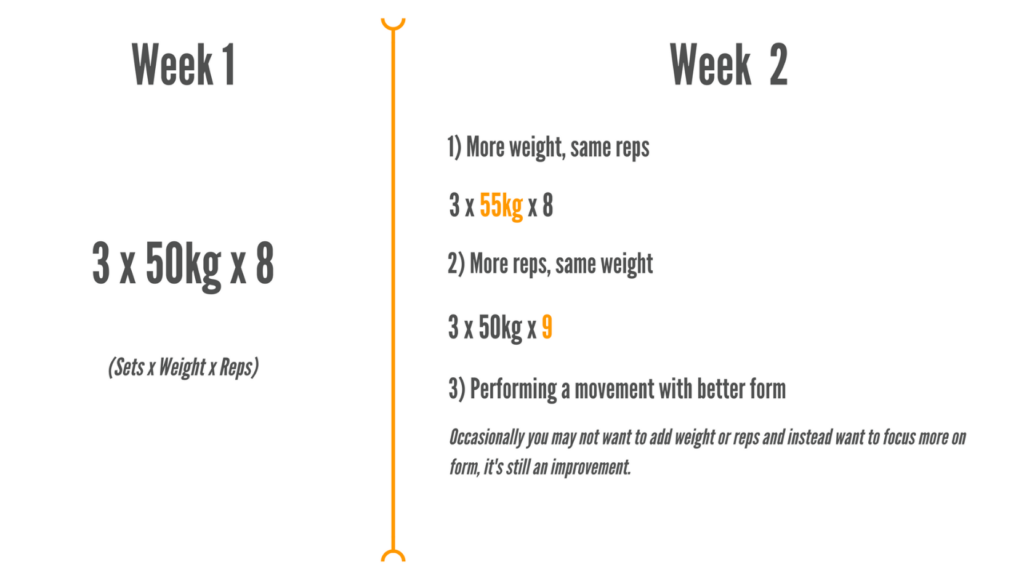 They key really is to be better than you were before. When you first start out, progression is going to come pretty easily and pretty quickly, you’ll be able to progress in both weight and reps from session to session.

Over the course of a training career the time it takes to progress will increase. It will go from every session to every week to every month to every training cycle (6-12 weeks) and potentially even longer than that after a good few years of lifting.

The Double Progression Model is named as such because you are progressing via either reps or weight. It is the simplest and most effective form of progression, particularly in the beginner stages of a programme. You should use this progression model for as long as possible.

Here is an example of a Double Progression Model in the 6-8 rep range: 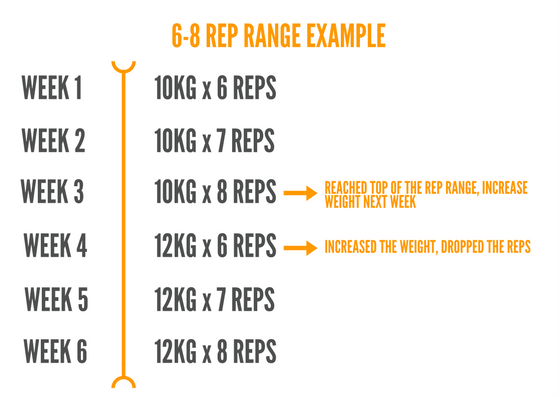 You may only be able to increase by 1 rep on 1 set, as long as you are doing more than previous weeks then you are still making progress.

Once you have exhausted the above progression model you can move on to the intermediate progression model. Progress is much slower but you are still progressing week on week. You should look to implement this on barbell exercises that are becoming more difficult to progress such as barbell pressing, barbell rowing, deadlifting and squatting. In the Intermediate Progression Model, there is an inverse relationship between weight and reps meaning as the weight increases, the reps decrease.

As the weeks progress, you want to increase weight by the smallest increment and dropping a rep.

Once you reach the bottom of the rep range, you’ll then want to drop the weight and increase the reps back up in the opposite fashion.

In this example, you’ll see that in Week 4, you’re doing the same weight in Week 2, but for an extra rep and similar when looking at Week 5 compared to Week 3. It is more like a wave of progress as opposed to linear.

Here is an example of an Intermediate Progression Model using the 6-8 rep range: 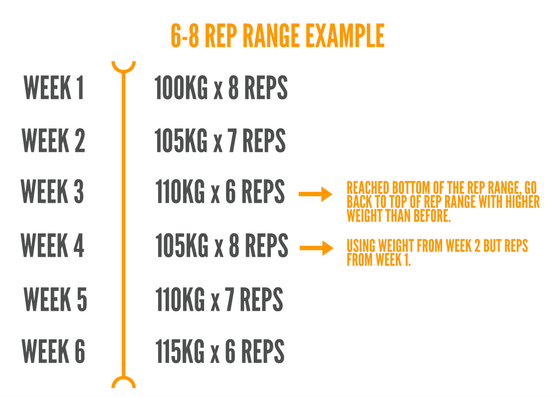