You are here: Home / Articles / How To Lose Belly Fat (and fat everywhere else) 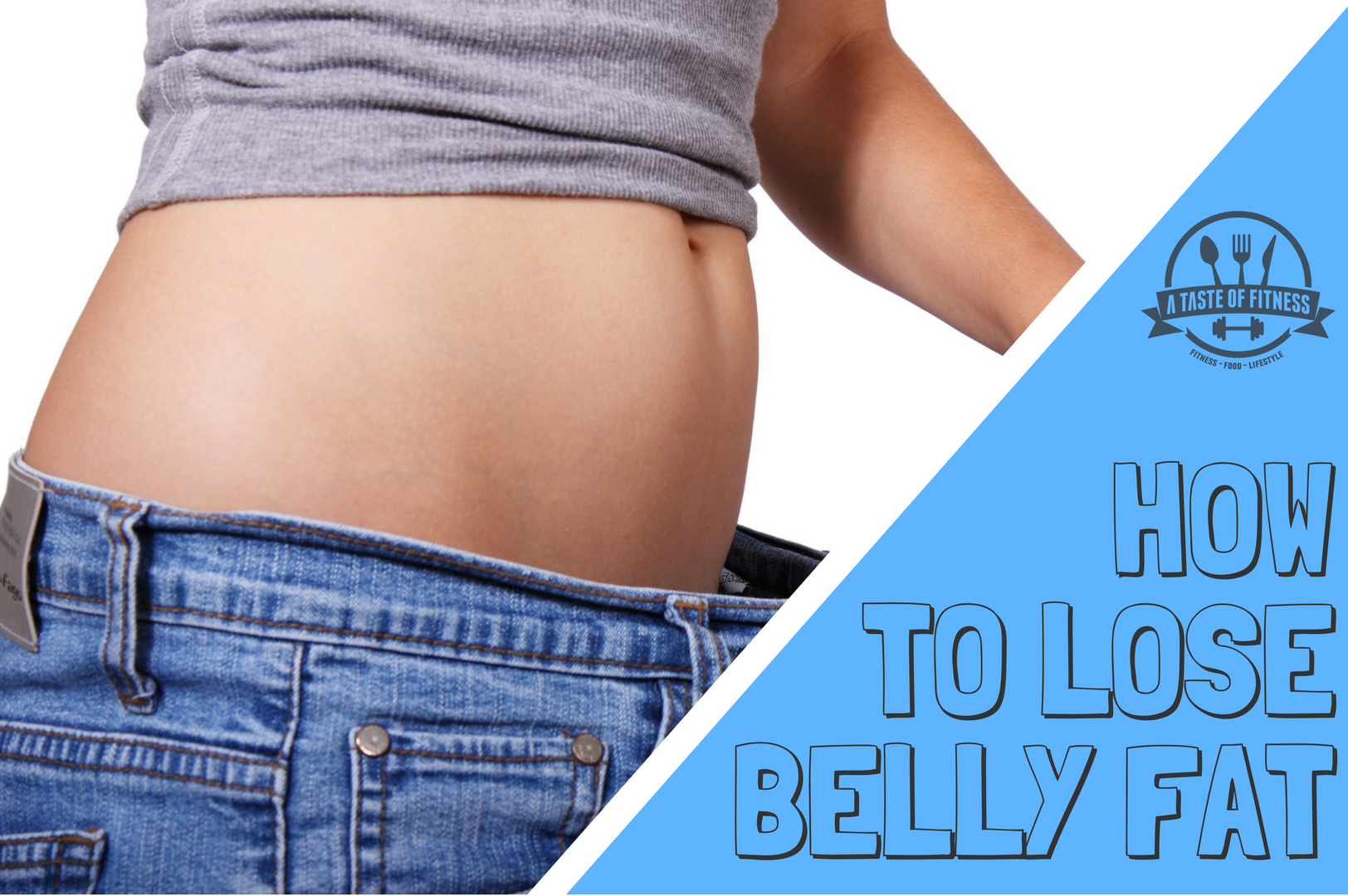 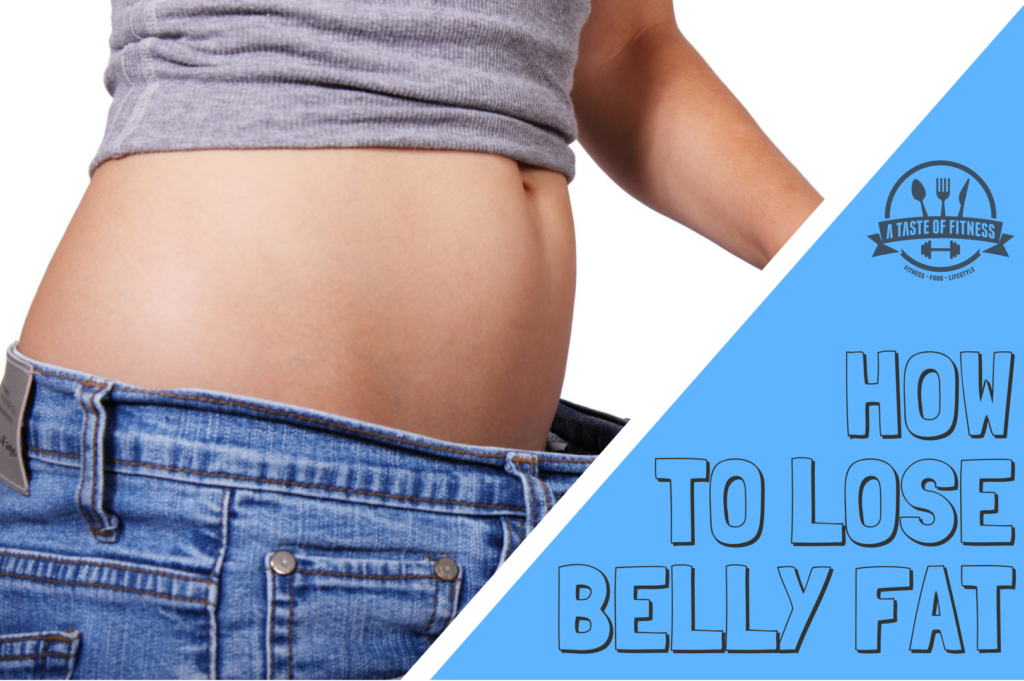 I always find it weird being called “Sir”. Weird, but kind of cool at the same time.
You know what’s not cool? Being asked the same question EVERY. SINGLE. DAY.
You probably only need to look a couple of posts back on my Instagram or Facebook feed to see me banging on about fat loss.
It’s pretty much all I talk about (I’m a hoot at a dinner party).
But rather than get pissy about it, I wanted to write an article I could send people every time they ask me this question or some iteration of it.
I like to think of it as a small investment of my time to save me a whole lot of hassle in the future, so here it goes…

What Is Body Fat?

Before we proceed, we need to understand what body fat is and where it comes from.
Body fat is also known by its geeky science name: adipose tissue. We have muscle tissue and we have adipose tissue.
It is tissue formed when excess energy (calories) are consumed. It is effectively stored energy. When we eat too many calories, we get fat. Or to get super pedantic we add fat to our bodies.
Each 1lb of fat contains roughly 3500 calories. Which means, if you are carrying 50lbs of fat, you have roughly 175,000 calories of stored energy in the body.
The key point to understand here is that if you eat too much energy (calories) you will typically store some if not all of that excess energy as body fat.
In other words, if you’re getting fat, stop eating so much.

How Do We Burn Fat?

Interestingly, our bodies are storing and mobilising (burning) fat all the time.
When we eat a meal, some fat is stored. Between meals, some fat is mobilised (burned). It’s an ongoing process that occurs throughout the day.
This graphic taken from James Krieger’s fantastic piece on insulin pictures it pretty well.

The green in the image indicates when we are storing fat. The blue in the image indicates when we are mobilising (burning) fat.
If we eat too much, there is more green than blue. If we are not eating enough, there is more blue than green.
Note: We don’t actually “burn” fat. We mobilise fat to be used as energy but there are no internal wood burning fires involved.

Now we understand what fat is and how/when fat is stored, we can identify that energy consumption (calories in) and energy output (calories out) play a huge role in fat loss and fat storage.
By eating less calories than our bodies need per day, we can “tap into” our body’s stored energy. As mentioned earlier, our bodies store thousands of calories as body fat. 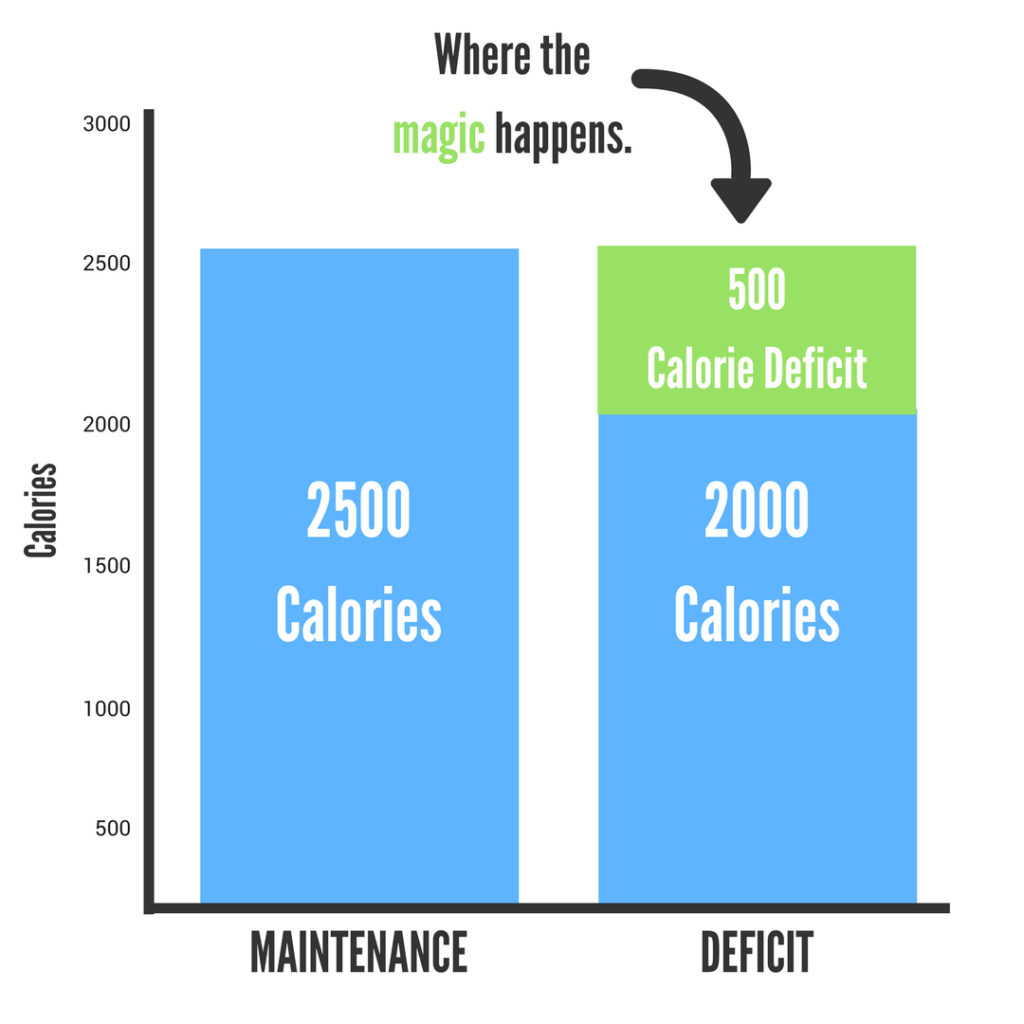 Imagine every month you go to work, earned your salary, paid your bills and were comfortable doing so. Then one month you get hit with a HUGE bill. You’ll need to dip into your savings to making up the shortfall in your monthly salary.
This is similar to what your body does when it doesn’t have enough energy. It will look to find energy within the body from muscle tissue or adipose tissue (fat) to make up the shortfall.

There are a few ways we can do this…

Are you familiar with Weight Watchers or Slimming World? Probably 2 of the more popular “diets” in modern society. Popular because despite what you may think of them, they get thousands of people results every year (whether they are able to keep it off is a discussion for another day.)
Wanna know what they are predicated on?
You guessed it. Calories.
Our bodies count calories, so it’s probably not a bad idea for you to do it at some point too. (If you need help then I even made a video on how to use top calorie counting tool MyFitnessPal here.)
By counting calories we cut out the middle man. There are certain strategies (which we will discuss later) that can “trick” you into a calorie deficit, but why not just go straight for the jugular?
The first question I ask ANYONE who is struggling to see results:
“How many calories are you on?”
9 times out of 10 the answer is a blank stare in the face, as if I’ve just asked them a question in Chinese.
One of the benefits of knowing how many calories you consume is that it gives you objective data. Eating “clean” or “healthy” means different things to different people. If you’ve ever seen the programme Secret Eaters, you’ll know what I’m talking about. It’s pretty much 30 minutes of ratting people out on how much they ACTUALLY eat. They set up hidden cameras everywhere and ask the participants how much they think they are eating then compare it to how much they are actually eating. As you can imagine, most of the time they are WAY out.
Most people DRASTICALLY under report the amount they are eating, the research shows it too. If you have 3 minutes to spare I urge you to watch this video
By having raw numbers you can look at trends, identify issues and make adjustments.
If you didn’t clock on already, it’s definitely my preferred way but it’s not for everyone.
It takes time to do, it’s not always accurate and it can sometimes get a little obsessive.
I’m a numbers geek though so it suits me. If you’re an inner geek you’ll probably like it too.
Fortunately, for those who aren’t that way inclined, there are other ways.

If we don’t count calories we don’t know exactly how much we’re eating or expending. Which means we need to find another way of reducing calories.
Have you ever had a friend who cut out bread and lost a ton of weight?
Or maybe a work colleague who stopped eating chocolate and had to buy a whole new wardrobe?
It wasn’t because these foods are necessarily bad, it’s simply that by reducing their consumption, they reduced their energy intake and forced their bodies to use their stored fat for energy.
They created a calorie deficit.
Some people cut out carbs. Some people cut out fat. Some people cut out alcohol.
All of them means they were eating less calories. 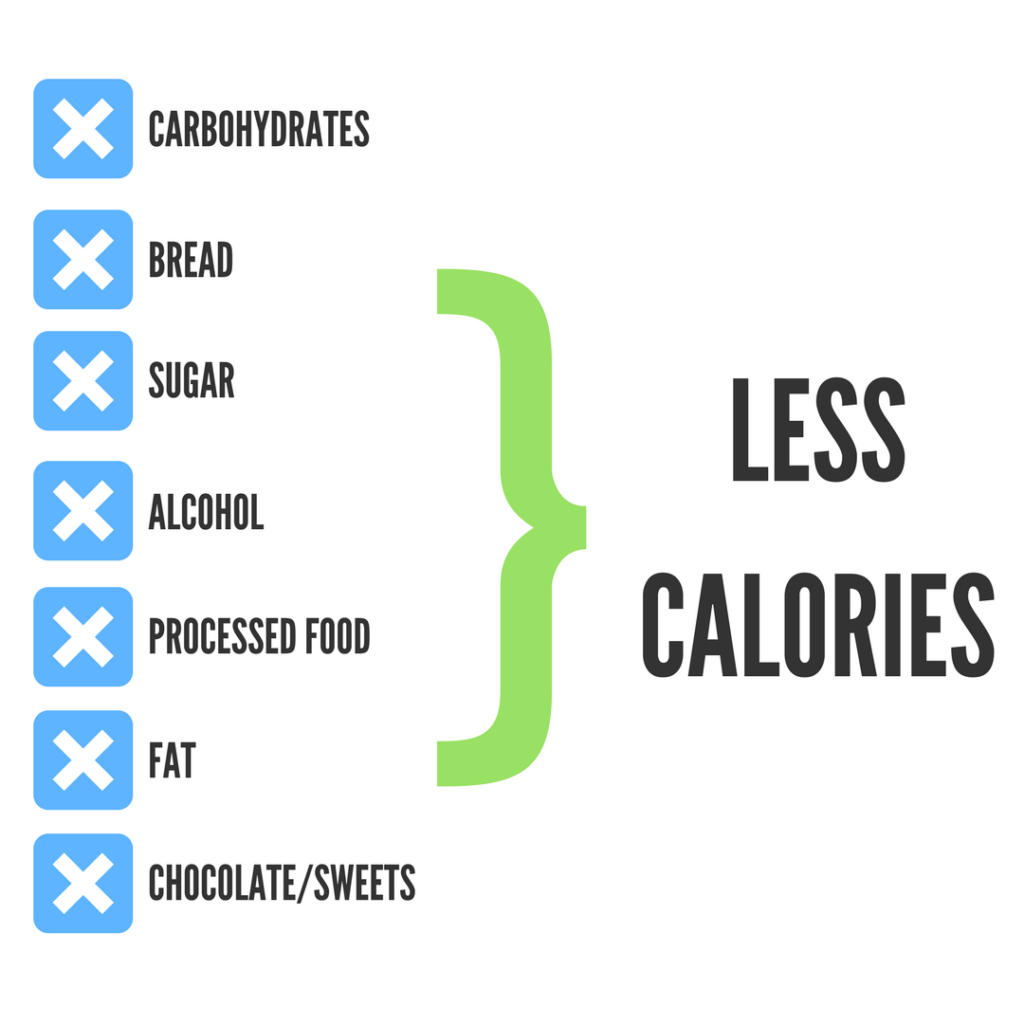 As long as you are doing something to reduce your energy intake, so you are consuming less calories than you are expending, you’ll lose fat.
As someone who prefers to be inclusive as opposed to exclusive however, I don’t recommend completely cutting out anything.
Reducing portion sizes of calorie dense foods such as fats and grains usually does the trick.
The reason most people get results without counting calories, is because they reduce the consumption of foods they typically overeat.
Let’s say you were going to follow a low carb diet, this would pretty much eliminate:
– Potatoes
– Bread
– Rice
– Crisps
– Biscuits
– Cereal
– Pasta
– Cereal Bars….
I could go on.
These are foods that are typically overeaten. So by cutting these out, people will almost always lose fat.
I’m not suggesting you need to go low carb, I’m just solidifying my point that reducing overall calories typically leads to fat loss.
The positive and negative of not counting calories are pretty much the opposite.
On the plus side, you don’t need to spend time counting calories.
On the minus side, if you hit a plateau it becomes quite difficult to break through as you don’t know the numbers. What happens if you’re already eating low carb, how do you eat lower?
The truth is, both ways work and both ways get amazing results. It’s worth trying both to see which you prefer and can stick to long-term. As ultimately, long term adherence is key.

Body fat distribution refers to where your body likes to store fat.
For males this is typically around the mid section and lower back. This is why most males long for a 6 pack. It’s the place where your body stores the most fat and thus if you get a 6 pack you’ve “made it” (whether that is true or not is conversation for another day).
For females body fat is typically distributed around the mid section AND the legs AND the arms. This is why most females want a flat stomach, slimmer legs, no bingo wings. In truth, I’ve found that body fat distribution for females is much more variable. 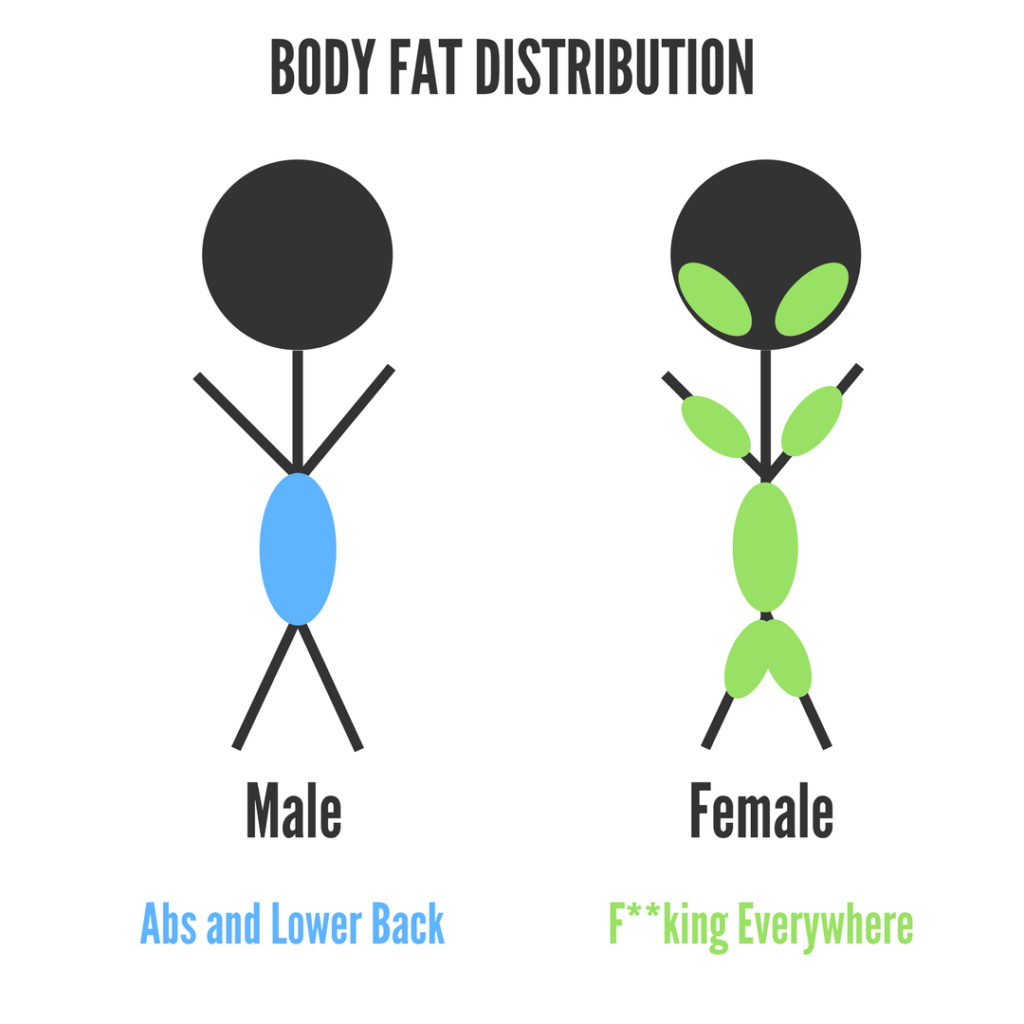 Putting It All Together

I can get quite blunt. I’ve been asked this question so many times a conversation typically looks something like this.
Person – “I can’t lose body fat”
Me – “You’re eating too much”
Person – “But I’m only ea…”
Me –  “Still too much”
Person – “Well I only eat…”
Me – “If you were stuck on a desert island with nothing but fresh water do you think you’d die fat?”
Person – “I suppose not”
Me – *silence*
I don’t want to be rude anymore, hence why I wrote this article. I want people to understand why they are unable to lose fat and what they can do about it.
I’m sorry I can’t give you a definitive answer.
I’m sorry I can tell you to eat “X” amount of “Y” food and you’ll magically lose fat.
I’m sorry I can’t help everyone who contacts me for free.
If you DID want us to work it all out for you.
If you DID want us to customise a plan for you which details exactly what to eat.
If you DID want us to save you a ton of time second guessing yourself and looking for the right way.
If you DID want our help, then you can find it here:
Online Personal Training
P.s this isn’t generic, it’s basically the same as 1-1 training but without counting to 10.
P.p.s if you’re still unsure, just look at our client results to see how good it is.
Online Personal Training
p.s we’re not naive enough to think that it’s only calorie intake that matter but for most people who ask this question, it’s probably the most efficient and effective way to lose fat.
It's only fair to share...