You are here: Home / Recipes / Frittata for One 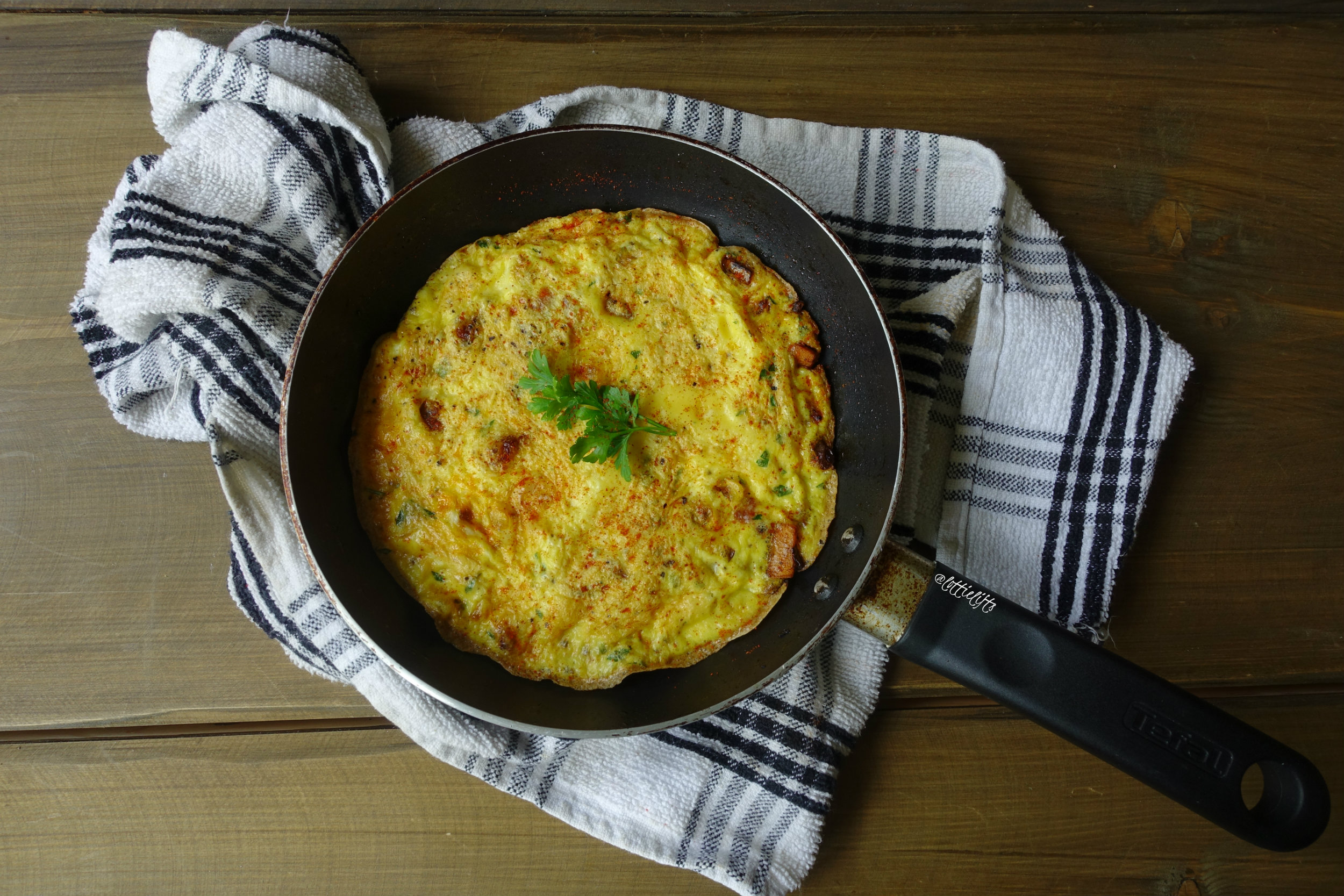 Cooking for one has never been my forte. I grew up with 2 brothers and 2 sisters, so learned to cook for a crowd. It took me a wee while there to master the art of portion control, but I think I’ve finally nailed the key:

In all seriousness, this might just be my new go-to meal for those evenings I find myself flying solo and in need of a 10 minute meal that’s delicious-nutritious!

I gave you Instagram and Facebook  followers a sneaky-peeky of this last week, and mentioned that I was eating low-carb / high-fat for a couple of days leading up to my powerlifting meet on Sunday (more on that in a sec.)

I intuitively eat pretty low-fat, because quite simply… I like lots of VOLUME. Yes, I’m a little piggy. I want to eat moooare food, and since fat has more calories per gram than carbs and protein, you get to eat less of it. (1tbsp peanut butter vs. a bowl of yoghurt and fruit… you get the picture).

So naturally I thought I’d be wallowing in a fatty pool of misery and hunger… but… it was… fine.

It was actually good. Maybe it’s time to re-consider my habits..?

The whole low-carb trick was to help shift any water-weight so that I made the weight class I wanted for the meet (57kgs). Making weight was stressful, but make it I did, by 400g!

It was a long old day. Weigh-in was 8am and I didn’t start lifting until after 16.30. The environment was totally different from the gym. In the end I didn’t end up hitting my best numbers for squat and bench, which I was initially bitterly disappointed with. Having said that, I did match my deadlift PR (120kg) so it’s not all doom and gloom.

Powerlifters are nice. There aren’t many competitions where you’ll find total strangers cheering one another on, and really meaning  it. Everybody is genuinely pleased for you when you make it, and sweet to you when you don’t.

Powerlifting is hard. It’s a totally different ball game lifting in front of a crowd and following commands from a referee, rather than in the gym on your own where you can take your sweet time and zone out with a pair of headphones firmly stuck in your ears. Lesson learned: I lift better in the gym than I do on the platform. Which is fine! I’ll make more conservative attempts when it comes to competitions, and possibly try to be less hard on myself…

Overall, it was challenging and stressful and fun and hard  and I’ll do it again sometime.

Anyway, back to the grub!

I’ve eaten this meal three times in the four days since I first made it. Hopefully that gives you an idea of how good it is!

It’s so  filling, and I say that as somebody with a decidedly healthy appetite.

The caramelised onion and sweet potato offsets the salty, smokiness from the chorizo and richness from the cheese. If you eat it quick enough, the cheese is all gooey and melty, too. I used this stuff which I’ve mentioned before, and would highly recommend it or something similar.

You can also make these ahead to be eaten cold – something I plan to do this week! It’s set to be a scorcher, apparently, so I’ll be basking in the park with a frittata come lunch time.

You should probably do the same. 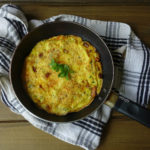