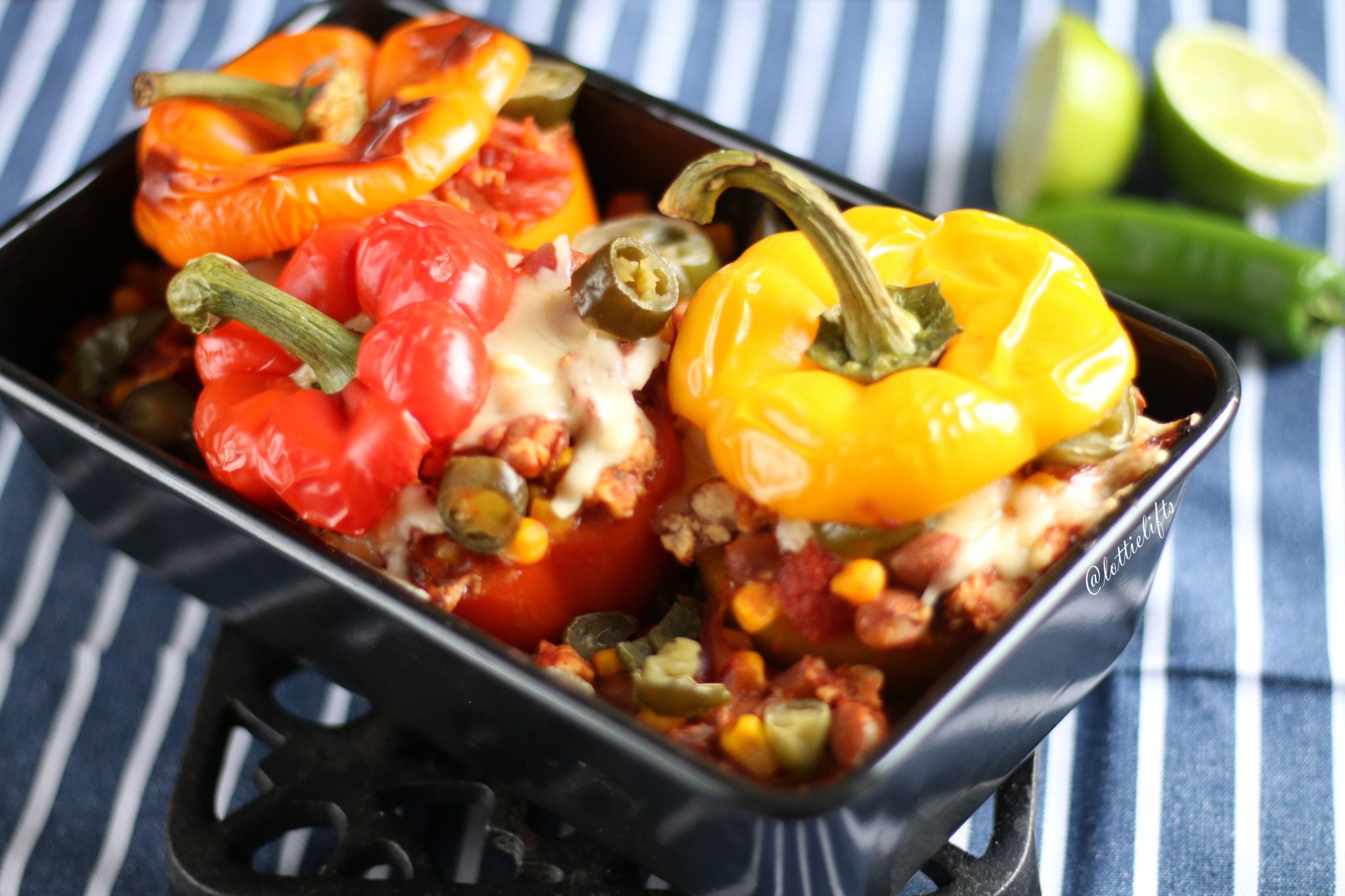 Honestly, I don’t think I’ve ever eaten a Stuffed Pepper until now. I’ve certainly never made them, and whenever I eat out I’m usually wooed by the biggest steak or juiciest burger the menu has to offer.

But I was home, recipe testing, when I noticed a bag of forgotten peppers lamenting in the back of my fridge. 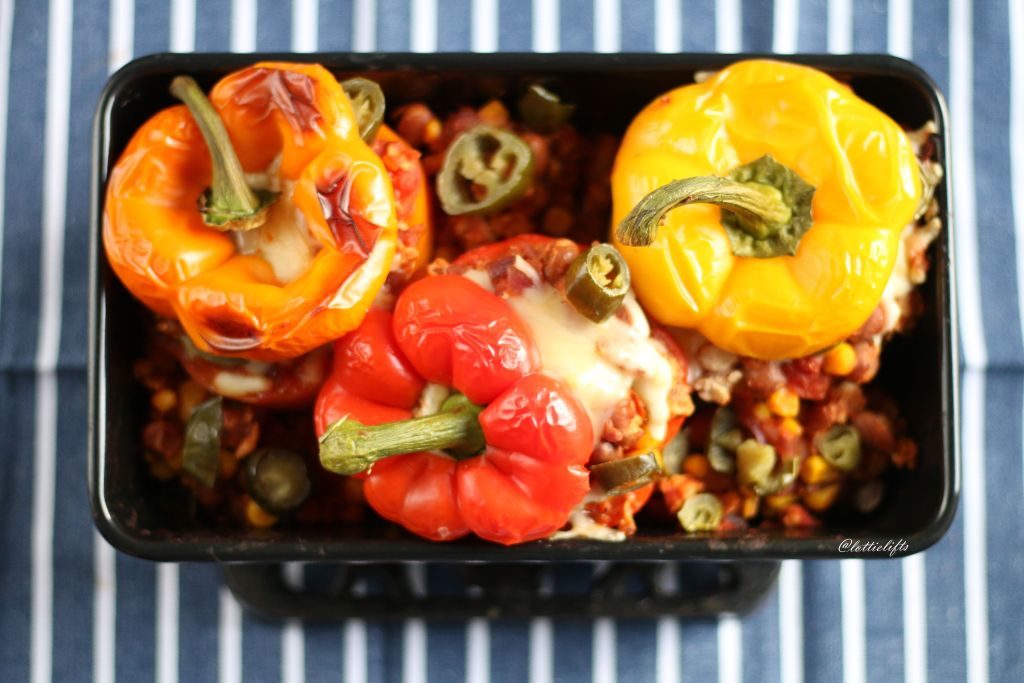 And I thought… why not?

Give the humble stuffed pepper a chance.

I went with it. A jazzed up version of ‘it’, obviously. 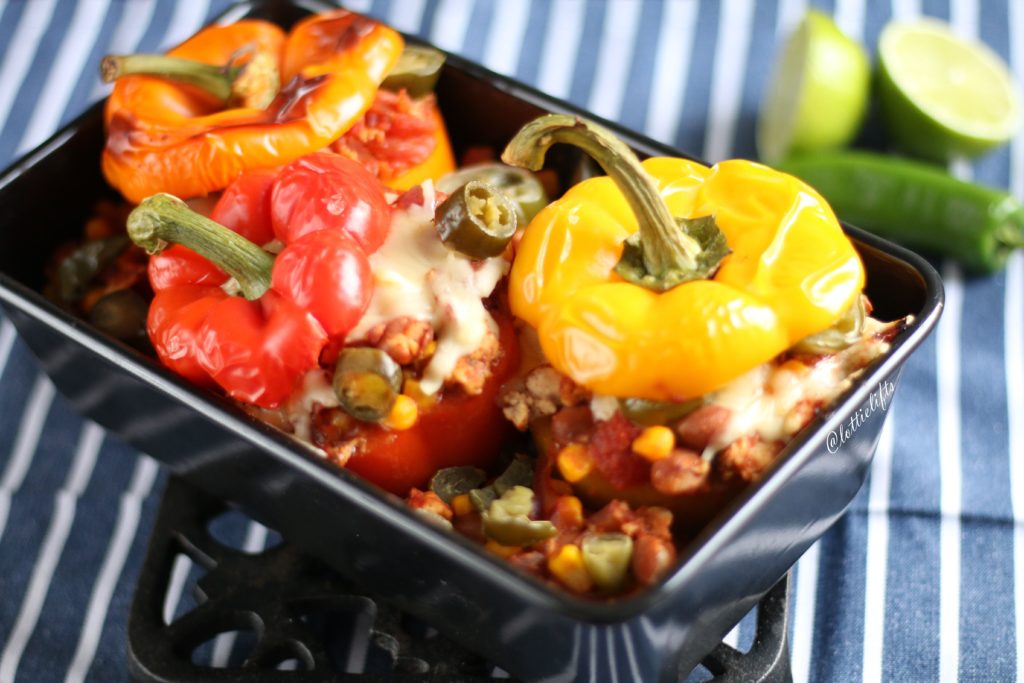 I think the reason these little gems have never been on my culinary radar is because they seem  like a bit of a faff.

Stuffed Peppers. Mm. I have to stuff them? I don’t know…sounds laborious…

Curveball: they really aren’t! The mixture is super easy to throw together, then it’s just a case of spooning it into your colourful dreamboats and bunging them in the oven to get all delicious of their own accord.

I think I’ll make these next time I have a crowd for dinner. A pepper per head, served up in the middle of the table, hot from the oven, family style.

These are pretty spicy though. Better have a bottle of something on hand too, just in case. 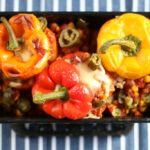